We have a special focus on Men’s sexual health, vitality and virility. 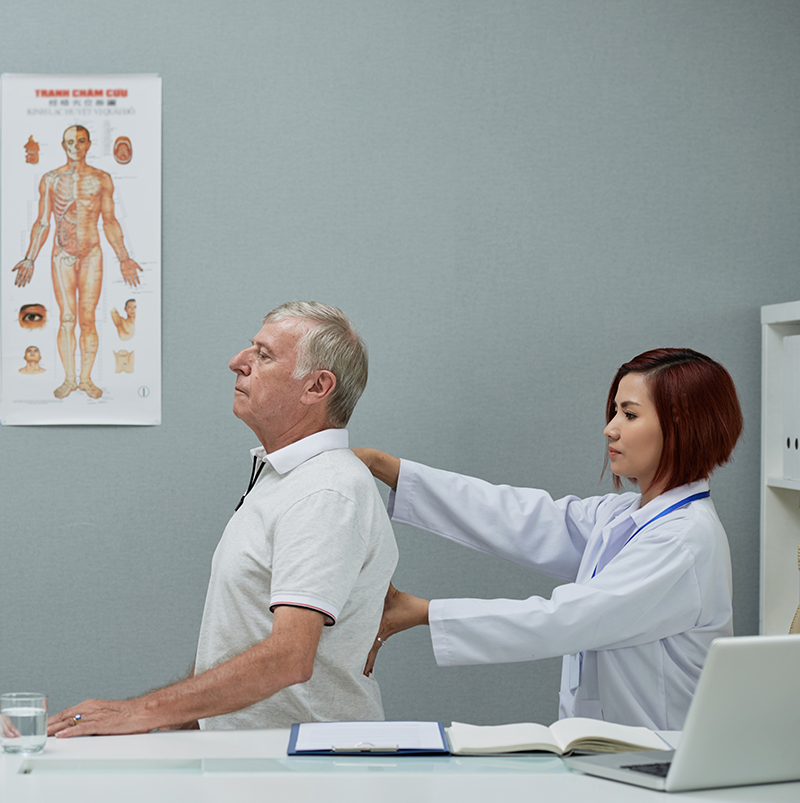 Did you know that:

Men’s health in Singapore is often trivialised and glossed over. Many of the major health risks that men face – like colon cancer or heart disease – can be prevented and treated with early diagnosis.

Here are some medical conditions that typically affect men:

At Nuffield Medical, we are a Singapore men’s health clinic that offers a male-oriented Male Wellness Screening that provides a detailed screening for low testosterone levels and a detailed prostate screening.

For any emergency Men’s health issues, please call us at 6636 3083. All consultations and testing are strictly private and confidential.

These are some of the changes that can occur in the male reproductive system with age.

Gradual aging changes in the male reproductive system such as testicular tissue, sperm production, and erectile function. Aging changes in the male reproductive system occur primarily in the testes. Testicular tissue mass decreases and the level of the male sex hormone testosterone may decrease and there may be problems with erectile function. However, this is a general slowing, rather than a complete lack of function.

The tubes that carry sperm may become less elastic (sclerosis). The testes continue to produce sperm, but the rate of sperm cell production slows. Fertility varies from man to man, and age is not a good predictor of male fertility. The volume of fluid ejaculated usually remains the same, but there are fewer living sperm in the fluid.

The prostate gland enlarges with age as some of the prostate tissue is replaced with a scar-like tissue. This condition, called benign prostatic hypertrophy (BPH), affects about 50% of men. This may cause problems with slowed urination, as well as with ejaculation.

Decrease in the sex drive (libido)

May occur in some men. Sexual responses may become slower and less intense. This may be related to decreased testosterone level, but it may also result from psychological or social changes related to aging (such as the lack of a willing partner), illness, chronic conditions, or medications. Aging by itself does not prevent a man from being able to enjoy sexual relationships.

Erectile dysfunction (ED) or Impotence is defined as the inability to achieve or maintain a penile erection sufficient for satisfactory sexual performance. May be a concern for aging men. It is normal for erections to occur less frequently than when a man was younger, and aging men often have less ability to experience repeated ejaculation. However, ED is most often the result of a medical or psychological problem rather than simple aging. Some medications (especially those used to treat hypertension and certain other conditions) can cause some men to be unable to develop or maintain enough of an erection for intercourse. Disorders such as diabetes can also cause ED. Erectile dysfunction that is caused by medications or illness can be successfully treated.

A condition also known as hypogonadism. Testosterone is the most important sex hormone that men have. It is responsible for the typical male characteristics, such as facial, pubic, and body hair as well as muscle. This hormone also helps maintain sex drive, sperm production, and bone health. Low testosterone is more common in older men and in many cases, the cause is not known. Low testosterone can cause a drop in sex drive, poor erections, low sperm count and enlarged breasts. Over time, it may also cause a man to lose body hair, muscle bulk, and strength and to gain body fat. Chronic (long-term) low testosterone may also cause weak bones (osteoporosis), mood changes, less energy, and smaller testes.

Benign Prostatic Hypertrophy (BPH) may eventually interfere with urination. The enlarged prostate partially blocks the tube that drains the urinary bladder (urethra). Changes in the prostate gland make elderly men more likely to have urinary tract infections. Backup of urine into the kidneys may develop if the bladder is not fully drained. If this is not treated, it can eventually lead to kidney failure.